How To Stop Your Puppy Eating Poop

One of the grossest things a puppy owner can witness is his or her puppy eating poop and then going in for a big, wet, sloppy puppy kiss. A puppy eating his own poop is actually extremely common among dogs, much to the chagrin of owners.

The key to eliminating this behavior among young dogs is to understand the root of the problem. The next step is to make the necessary adjustments to the dog’s diet, as well as the household or living quarters.

Discover how to stop a puppy from eating poop with the common strategies listed below. 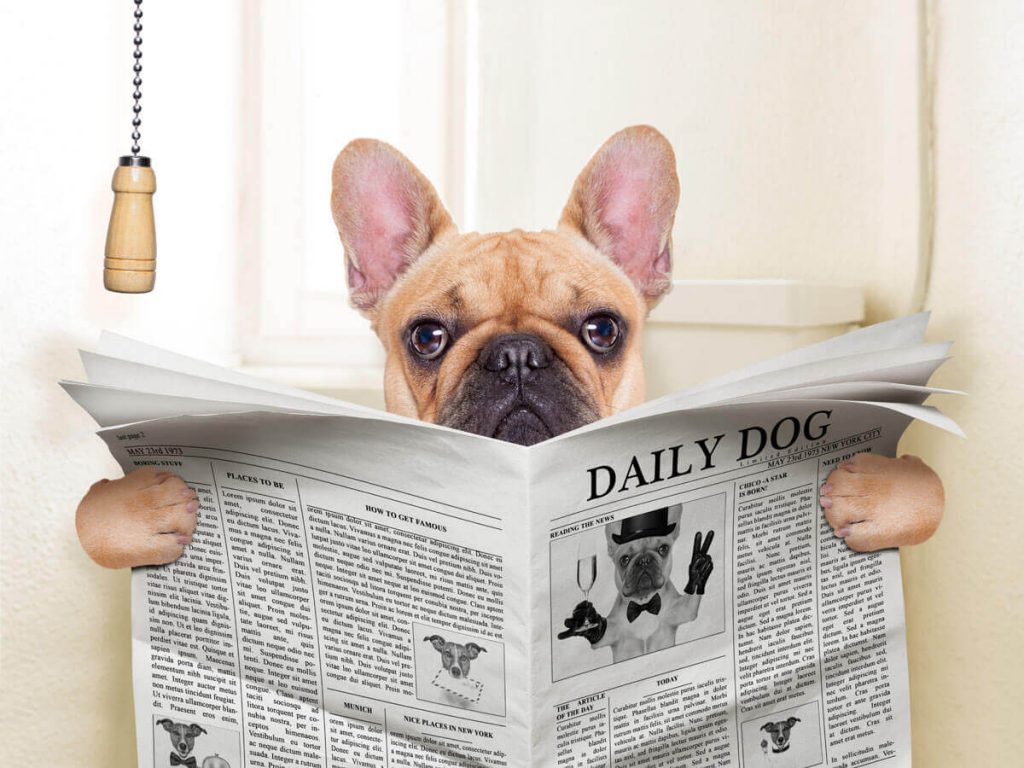 In order to properly discourage this behavior, you should first have a general understanding of why coprophagia is common. However, before you try any training methods you should first take your puppy to a veterinarian to rule out any underlying nutritional deficiencies or medical conditions.

6 Common Reasons and Remedies for a Poop-Eating Pup

Some dogs will learn this behavior from their mother. For instance, before the puppies are potty trained and they are eliminating all over their living area, the mom will instinctively eat the feces in order to keep the scent from attracting predators.

Even though the mom and puppies are safe in the confined area that has been provided, it is difficult to undo hundreds of thousands of years of evolution.

After eight weeks of watching mama dog consume poop, your puppy may have picked up on the bad behavior.

Unless you raised the puppy from birth, there is no way to tell whether this behavior was learned from the mom. The next time you catch your puppy eating poop, make a loud noise (such as clapping your hands, banging two pots together, etc.).

If a loud, distracting sound is made every time your puppy engages in poop eating, he or she will eventually make the connection that eating poop results in a scary noise and will refrain from the behavior in the future.

In the same way that humans need probiotics in their diet, so do dogs. Some scientists have theorized that dogs consume their own poop because it contains bacteria that could be beneficial for their digestive systems.

While humans see this behavior as overwhelmingly disgusting, dogs have different digestive systems than humans.

They can handle the bad bacteria from their poop while benefitting from the good bacteria without becoming ill.

Take your dog to a veterinarian to determine if a change in diet is necessary.

Dogs are instinctively very clean animals (although owners may contest this fact after watching their pup roll around in poop from other animals or groom unsavory areas of the body).

Dogs eat their own poop when owners do not do a good job of picking up after their pets in the yard or house.

For the same reason that dogs will not poop in their crate unless an absolute emergency, dogs do not want poop and litter in their living quarters. This instinct will lead to your dog taking care of the housekeeping duties himself.

Be sure to pick up after your puppy in the house and yard as soon as he or she poops.

While this may be self explanatory, it can be easy to tell yourself you will clean up later, only to wait a few days before getting the job done.

Has your puppy been punished for pooping in the house? A common reason dogs eat poop is because they want to hide the evidence of their misdeeds.

Puppies crave positive attention from a young age and can become extremely upset when their new mom or dad is unhappy.

If the punishment was especially harsh, such as rubbing the puppy’s nose in the poop or issuing a spanking, your dog may do whatever it takes to avoid having to relieve the experience, which leads to dogs that eat their poop.

When you are potty training use only positive training methods.

When you have to leave the house, consider putting your puppy in a crate to not only discourage him or her from having accidents, but to also keep your pet out of trouble.
While you are home be sure to keep an eye on your pet at all times.

Dogs have unbelievably sensitive noses, of which you are likely already aware.

During digestion, certain foods leave behind residues in the poop, especially oils, such as coconut oil.

Sometimes dogs eat poop because they can smell and taste these food residues and do not understand that enjoying their food a second time around is pretty much the most disgusting habit on the planet.

Avoid feeding your pet any human foods for a week (including carrots, corn, or oils that may not properly digest) and see if your puppy is less interested in eating his poop.

Dogs that eat poop sometimes do so out of boredom. Your puppy needs a lot of physical and mental stimulation or else he or she will undoubtedly get into trouble.

As you have likely already experienced, your puppy will put nearly anything into his or her mouth while exploring – including poop.

Keep your puppy properly exercised and provide plenty of toys that are appropriate to play with, including chew toys and interactive options.

Will my puppy eating poop make her sick?

It is not likely that your puppy will become ill from eating poop. Unlike humans, dogs have stomachs that have evolved to withstand eating food remnants, feces from other animals, and moldy/rotten foods.

At the very worst, your dog may vomit but he or she will not become seriously ill.

Some dogs are more prone to eating poop than others: what gives? A study performed by researchers in the Netherlands of 517 dogs actually found females were more likely to eat their own poop than males.

The reasons are unknown at this time, but the full results of the study can be found here.

The most obvious course of action to employ when dealing with a puppy eating poop is to monitor your puppy’s bathroom time closely and immediately clean up afterwards.